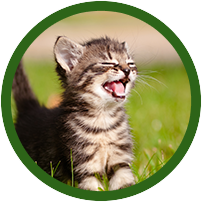 Herbal therapies have been used for centuries, long before the development of pharmaceuticals. In fact, many of our pharmaceutical drugs have been derived from chemicals found in plants. It is important to note, however, that herbs are not drugs. An herb is not a single bioactive chemical, but contains dozens of bioactive chemicals that work together in many different ways.

Herbs are considered to be safer and gentler than conventional drugs. Adverse reactions can occur, but are rare and are usually due to an allergy to something in the herb. Herbs-drug interactions do occur, however, so it is important to be careful when using herbs with conventional drugs.

While Western or conventional medicine is concerned mainly with isolating a particular disease and trying to control or destroy it, TCM looks for a pattern of disharmony or imbalance, and tries to harmonize or rebalance the body. It is a more holistic approach to health that takes into consideration diet, lifestyle, and the interaction of the body with its environment.

The TCM practitioner will weave together a pattern of disharmony after taking a detailed history and performing a physical exam. Once a pattern is identified, a treatment plan is formulated. Chinese herbal formulas are prescribed, often in combination with acupuncture and food therapy.